WHAT ARE CANNABIS VAPORIZERS?

Cannabis vaporizers  are electronic devices that deliver a clear high by heating up your herbs and concentrates without burning them.  Cannabis vaporizers utilize an internal heating element to start a conduction or convection current. This passes heat through or around the cannabis flower, thereby releasing the THC and CBDs. These devices run off of either A/C or battery power, depending on the style of vaporizer the user chooses. Typically  cannabis vaporizers are calibrated to heat between 350-400° F and most of the best vaporizers allow the user to regulate the temperature to meet their personal preference.

In addition to being healthier for your lungs, throat and mouth, vaporizers help conserve your bud. They are ultimately more economical all around. Health, stealth and efficiency are the objectives behind the current vaporizing craze.

A 2003 study by MAPS/NORML asserted the effectiveness of vaporizers to reduce inhaling harmful toxins. 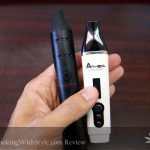 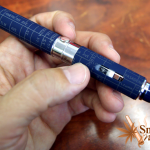 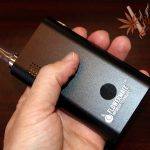 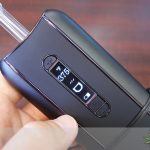 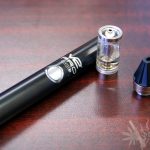 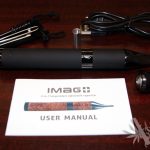 Vaporizers come in an assortment of shapes and sizes, with options for any lifestyle. Certain models feature an external heating element and use a “whip” delivery method, while others heat internally and send hot air over the weed using either a fan (forced-air vaporizers) or a rechargeable battery (portable and pen-style vapes). Whether you like to get high at home at the end of the day, or stay medicated during the day while on the go, there is a weed vaporizer out there for you.

Large “tower” style vaporizers designed for home use. These vaporizes use an internal fan that sends a current of air through the internal heating chamber. The air flows over and around the herbs and into either a balloon bag or whip for direct inhalation.

Another form of desktop vaporizer which plugs into an outlet creating a convection current using a nichrome heating element inside a compact box shell. With these vaporizers, the weed goes inside what is called the “wand” and rests gently over the heating element, which gets extremely hot. These are very popular units for the ease of use: patients can regulate the size of the hit they get by their breathing. The more aggressively the user inhales, the more air is pulled over the herbs in the wand. These are great starter vaporizers because they heat up quickly and it’s easy to see how much herb you’ve used.

Vaporizers designed for convenient use while on the go. As opposed to forced-air and whip-style vapes which are all pretty similar in their aesthetics and construction, portable vapes come in a wide array of styles. Some feature internal batteries which have to be recharged from an AC or car charger, while others can be activated using a push-in battery.

A subset of portable vaporizers which is best used with marijuana concentrates, such as essential oils or waxes. These are incredibly stealthy and easy to transport because of their resemblance to a pen or an e-cigarette. These devices make use of conduction currents because their heating elements or “atomizers” are coils which heat the material directly. They operate by screwing the heating chamber in to a rechargeable battery and are activated by using a small button on the side. While many manufacturers claim that their pen-style vaporizers work well for vaporizing herbs, these devices are basically glorified pipes that will reduce your buds to ash, combusting them completely rather than simply vaporizing the active ingredients.

Devices that are compatible with liquid concentrates such as butane hash oil, or “BHO.” These vapes feature either a cartomizer, a clearomizer, or a replaceable concentrate chamber. A cartomizer is an attachment for vape pens that combines both the cartridge and the atomizer (heating coil) into one unit. They have filler material inside them that is similar to the filler found inside a standard atomizer cartridge.

Some oil vaporizers are also effective wax vaporizers. Some vaporizer pens claim to work with herbs as well as oil and wax, but it’s generally not a good idea to “mix the streams” so to speak. Anytime you want to be able to vaporize all three with one device, you should employ discrete dry chambers and liquid chambers.

Delivery devices that are meant to be used with solid concentrates such as ‘budder,’ ‘errl,’ or ‘shatter.’ Similar to oil vaporizers, wax vaporizers run off of a rechargeable battery that heats a cartomizer or clearomizer; when the concentrate is heated in the tank, the concentrated THC and CBDs are released in a tasty vapor for direct inhalation.

The weed vaporizer industry has evolved over these past few years and now is beginning to develop new technology in the form of dry herb vaporizer pens. Previously the only materials that pens were really good for was waxes and oils. Now with the advancement of vaporizer technology and ambitious companies dumping thousands of dollars into product design and creation, we have an entire new lineup of products available to us as consumers. New products for dried herbs such as the G Pro Herbal and Pulsar Supernova are now allowing cannabis users to take advantage of the many added benefits that a vape pen provides, all while maximizing convenience and overall vaping satisfaction.

Aromatherapy is a form of alternative medicine. It utilizes volatile plant materials known as essential oils, as well as other aromatic compounds. This helps achieve a relaxing or therapeutic effect. The purpose of aromatherapy is to provide a positive change in a person’s mind, mood, health or cognitive functioning. The evidence is inconclusive on to the efficacy of aromatherapy for treating medical conditions. There is some evidence however that points to the therapeutic benefit of vaporizing or diffusing essential oils.

Aromatherapy has a rich and lengthy history that predates modern medicine. The Greek physician Dioscorides describes using these types of oils as well as other herbal remedies for medicinal purposes in his 5-volume encyclopedia De Matria Medica, a pharmacopeia that was widely read and consulted for over 1500 years. Today aromatherapy has gained a great deal of popularity in Western culture as a relaxation and stress-relief aid.

Essential oils and aromatherapy vaporizers are being used with increasing regularity. Doctor’s offices, massage parlors and yoga studios to create an atmosphere of serenity and calm using them. Some doctors are prescribing aromatherapy regimens involving cannabis and concentrated extracts. This is great for patients suffering from ailments such as joint pain, PTSD, Multiple Sclerosis, cerebral palsy and glaucoma. It is becoming so ubiquitous that the term is practically synonymous with “getting high.”

For many  marijuana smokers, it’s important to have several weed vaporizers in their arsenal for their daily smoking activities. The most common setup that we see is to have a desktop vaporizer for at home use. Portable cannabis vaporizers are great when moving around the house and going room to room. Vaporizer pens for discreet use are the best choice when out in public. There is a vaporizer for everyone, from medical patients to party goers strictly interested in recreational usage. The Volcano Vaporizer is a desktop unit thats great for a party with multiple users. It also functions as a vaporization delivery device for a medical marijuana patient.