The cannabis industry is continuing to expand throughout the United States due to a number of states making weed legal. It’s becoming well-known that it is an awesome natural remedy for many of the side-effects of cancer and radiation treatment. People with these illnesses are looking for the healthiest way to consume their herbs and are quickly finding out that portable dry herb vaporizers are the best solution! Whether you’re using marijuana for recreational or medicinal purposes, vaporizers are by far the healthiest device you can use. The reason for this is because they heat the cannabis to a temperature where the THC is released but no other harmful carcinogens are produced. You might not have known that whenever any dry plant material is burned, there are numerous chemical substances that are produced. This holds true for both tobacco and marijuana which is why using a dry herb portable vaporizer is so important!

If you’re looking for a pen style vaporizer that is both sleek and highly effective then the Boss is your answer. With it’s MAP pricing of $159.95, it more expensive then almost every other dry herb vaporizer pen currently on the market. The reason for this is because it is one of the few one’s that actually works the way its suppose to as a vaporizer. You can find tons of vape pens for sale under $100, but the problem is they are usually of low-quality. More importantly, they will burn your marijuana instead of vaporizing it. With the Atmos Boss, that is not the case. The device produces some of the purest & strongest vapor you can get from a vape pen and is simply a superior device. Additionally, it is super light-weight and portable which makes it very discreet. Its one-button activation system makes it very easy to use and great for beginners.

The Arizer Air is one of the first portable marijuana vaporizers to be released in 2015 and is quickly set to become one of the best. It is a conduction vaporizer manufactured by the highly-reputable company Arizer and is the sequel to their extremely popular original version, the Solo. The vapor quality is very similar to the Solo, which remains to this day one of the best units out of all portable vaporizers. However, there have been some great improvements made to this unit which make it even more desirable. For one, it is now small enough to fit snugly in your hand and be brought with you anywhere you travel, making it more portable than ever. It also features inter-changeable lithium-ion batteries which gives you the ability to swap the batteries out at any time. This is an extremely important feature because all portable vaporizers drain through battery quickly and the last thing you want is yours dying in the middle of using it. The Arizer Air also has 5 different temperature settings which gives you phenomenal control over the the power and density of the vapor you’d like produced.

Finding a portable weed vaporizer for sale and selecting the right one can often be a daunting task for first time users. At Vaporizerchief.com, we have an enormous selection of dry herb vaporizers and have experience using just about all of them. This has given us the opportunity to share our opinion on what we consider to be two of best portable dry herb vaporizers. Both of these units are not only highly effective but also extremely easy to use which makes them a great choice for a novices and experts are alike. However, everyone has different needs and we believe  it is important to research the one that will be best for you. A portable vaporizer should be looked at as a long-term investment and the decision as to which one to buy should be one that is well-thought out. 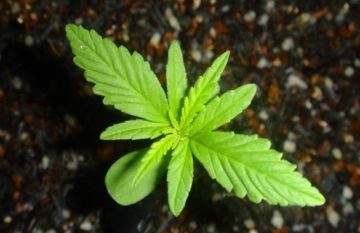 4 Tips For Hiring A Master Grower

Growing Marijuana
Thursday, March 12th, 2020
One of the first, and most challenging, steps to starting cannabis cultivation is hiring a Master Grower. This is a make or break moment. Master growers can lead your business to High Times Cannabis Cup victories and the millions of dollars in sales that come with it, or they can lead your business to financial ruin by producing sub-par products in a highly competitive market. 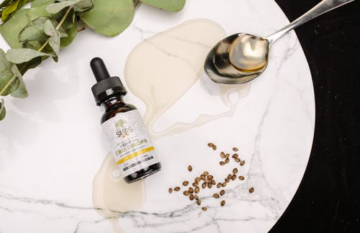 Looking To Try CBD? Here Are the Various Types

CBD
Thursday, March 12th, 2020
There are several types of products that are available in the market these days, and you should conduct your own research to understand CBD more prior to buying it. You can also look at the various methods of consuming CBD below to find your favorite.
View all posts